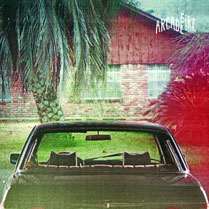 Since the 2004 release of Funeral, Arcade Fire have been thrust into the unenviable position of anthemic indie rock flag bearers, equally celebrated by critics and blasted by Pitchfork-haters as the biggest, softest target available. Even the band’s second full-length, Neon Bible, could barely escape the crush of expectation and scrutiny that it endured when it was finally released in 2007. Three years later, The Suburbs pulls back much of the meandering songwriting and garbled wall-of-sound production that marred most of Neon Bible; it’s not perfect, but its moments of clarity make it worth the trip.

Drawing on everything from ’70s radio rock to angular indie rock from the ’90s, Arcade Fire have built one of the most interesting-sounding records you’re likely to hear all year; intentionally flat drum sounds and vintage guitar tone mix with the band’s trademark string arrangements and breathy vocals. Yet for every focused flash of songwriting brilliance (the blistering rock ’n’ roll critique of indie-rock posturing that is “Month Of May”) there’s an indulgent, lifeless song waiting to stop the record in its tracks (the entire midsection of the album, really). At 16 songs, The Suburbs could have been compressed into a focused, stinging album, but as it stands, the band’s tendency to dip into art-school pretentiousness and tired lyrical clichés drags the whole ship down. But seriously, haters, listen to “Ready To Start,” the title track or “Suburban War” and convince yourselves this band aren’t (sometimes) rocking some next-level shit.