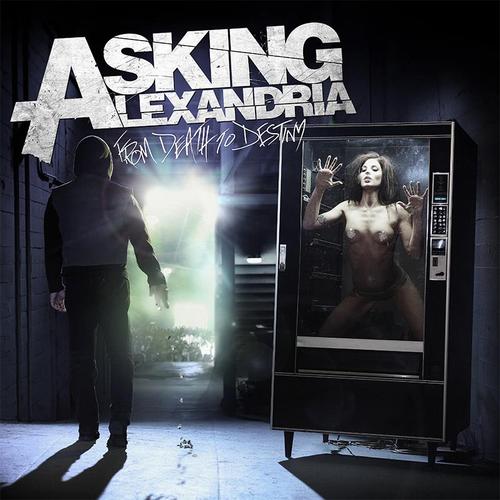 From Death To Destiny

Should a guy with addictions as well-publicized as Danny Worsnop’s really be starting his band’s new album with the line “You’re fucking crazy if you think that I’ll ever change”? Well, that’s the first lyric heard on From Death To Destiny, and it’s the perfect beginning to an album that blurs the lines between solipsism and sociopathy, and between hedonism and nihilism, even as it throws metalcore, electronic music and a healthy dose of hair metal into a Pro Tools blender set on “awesome.” Yes, there are breakdowns and digital stutters and an electronic intro on this album, but that intro sounds more like late-’90s darkcore artists like Witchman or Panacea than dubstep or trance. The disc’s latter half sounds like it could have been recorded in 1989—and that’s a good thing. The album’s third track, “The Death Of Me,” is repeated at the end in a “rock mix” that strips away (most of) the electronics and death growls, leaving behind a melodic metal song in the vein of Killswitch Engage. (That band’s former frontman, Howard Jones, shows up on “Until The End” as a mildly interesting surprise, but little more.)

Worsnop’s voice is more of a hard-rock growl than a metalcore bark at this point, and he’s hitting some notes (most obviously on “Break Down The Walls”) that are almost classically metal. The fact that they put out an EP with two Skid Row covers should have tipped the world off to where Asking Alexandria’s hearts have really been all along, but anybody still unclear on the concept will find the clouds parting by the time power ballad “Moving On” or the equally lighters-in-the-air “The Road” ends. The digital breakdown on the latter song almost feels pasted in from an earlier version of the band, something they felt obligated to insert to keep their youngest fans happy. From Death To Destiny also features a better Avenged Sevenfold song than that band's ever written in “White Line Fever,” and some genuinely affecting strings on “Run Free.” Even if Worsnop refuses to grow up, his bandmates seem to be trying.