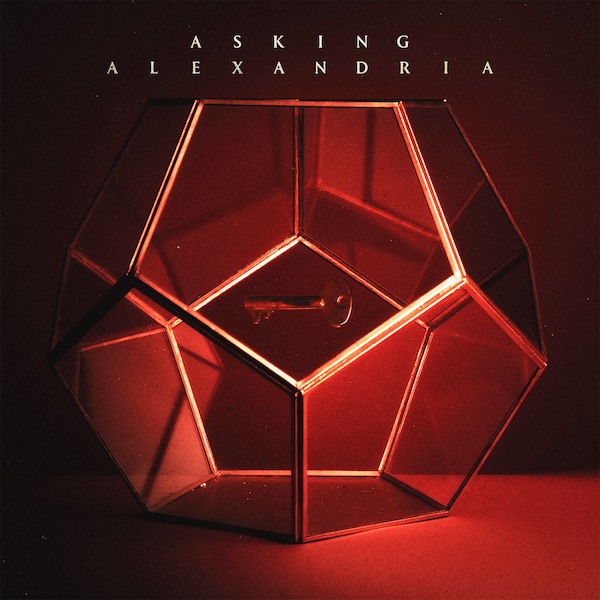 The past few years have been rocky to say the least for Asking Alexandria and their controversial vocalist, Danny Worsnop.The combination of inner-band turmoil, public drama and less-than-stellar releases took them down a few pegs. But while it doesn’t seem likely that Asking Alexandria will come out with a record any time soon that’s capable of competing with their first two full-lengths (2009’s Stand Up And Scream and 2011’s Reckless & Relentless), the act’s new self-titled release puts forward a rehabilitated and evolved version of the band.

It’s clear from the get-go that this is not the metalcore band you once knew. The current Asking Alexandria is a hard-rock group taking random influence from pop and Worsnop’s undying love for country music. (The song “Empire” even features rapping from guest vocalist Bingx.) These influences are subtle for the most part, though, so they actually work well together instead of sounding like a hodgepodge of disconnected genres. Essentially, what you end up with is an album that sounds more Five Finger Death Punch than early Asking Alexandria.

However, for all that Asking Alexandria does to depart from the sounds of their past, the band make several references to Stand Up throughout the record. The lyric “Stand up and scream it loud” appears in the song “When The Lights Come On,” and “Room 138” shares the same melody as “If You Can’t Ride Two Horses At Once…You Should Get Out Of The Circus.” The members of the band seem to be combing through their past together as they reunite with original vocalist Worsnop for the first time in five years. This makes the content more meaningful than it might appear at first listen.

Overall, the songs are well-written and daring. Some tracks are more successful than others (”Where Did It Go?” and “Vultures” are standouts), but it is an altogether engaging listen. This drastic change in sound is one that actually works for them. Asking Alexandria should not be overlooked by longterm fans wishing for the old days to return—they might very well be pleasantly surprised.

Favorite song: “Where Did It Go?”