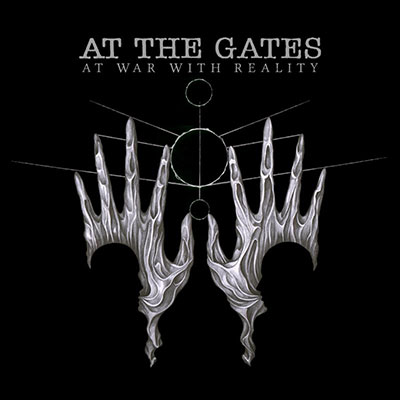 At War With Reality

It’s been 19 years since Swedish melodic death metallers At The Gates released their genre-changing swansong, Slaughter Of The Soul. And it’s a tough racket for them to try to come back: Countless bands have emulated their sound in the meantime, turning melodic death from a truly exciting proposition to one of the most oversaturated genres in underground music. So how can At The Gates possibly still sound interesting in 2014?

Well, it pains me to say this, but they don't, really. They sound like countless bands that have come in their wake. It's damn near impossible to listen to this in proper context, but make no mistake: At The Gates are the masters. So let's forget for a minute that the past two decades of knock-off melodic death metal (which, oddly, got hijacked by a certain dull strain of metalcore, to boot) ever existed: Yes, this sounds exactly as it should, and yes, this shreds death metal hard and precise, melodic and heavy, picking up right where 1995's amazing Slaughter stopped. Indeed, a song like “The Conspiracy Of The Blind” is so Slaughter Of The Soul it's almost laughable. It's a great track. And, given that it's 2014 and we've heard the tune before by about four dozen bands in the past 15 years, it's also kinda boring. And we can only forget about the past decades of knock-off melodic death metal for a minute, then it's back to reality.

It's frustrating: I think I've heard these riffs before; I'd like to think no one does them better, but I'm a bit nervous about what a blind listening test would reveal. And it's frustrating because had I not endured so many countless melodic death metal albums over the years that the sound itself had almost lost all impact, this return would be high and mighty indeed. But, there were all those bands with colourful album covers and nice production sounds and big metal labels backing them… then there were the hardcore/metalcore bands utilizing “brutal At The Gates-inspired melodic death metal riffing”… it was all so tempting. But you blow your, uh, melodic load enough times and it stops being such a thrill. Damn.

Like all resurrected genre greats, At The Gates have passed the first test: They can still pull it off (check out the phenomenal “Eater Of Gods” for the goose bump-raising drama that makes this band so special). But now At The Gates need to pass the second test: blowing our minds like they did in 1995 by going new places, breaking down genre walls and surprising the metal world with an album that defies expectations. As great as At War With Reality really is, it is nothing but expectations, and for a band that shattered preconceptions and spawned an absolutely unbearable number of copycat bands with their last album, that's actually a bit disappointing.