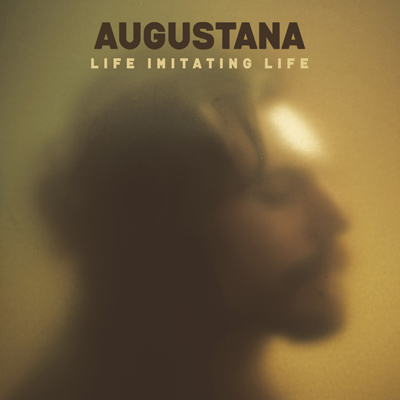 It’s hard to believe nearly a decade has passed since Augustana made their name with “Boston,” which would go on to move north of a million singles and make the band one of the go-to acts for music for TV hospital dramas and coming-of-age teenage soaps. Since then, there’s been more than a little turnover as singer/songwriter/artwork coverboy Dan Layus is now the sole member of the group, but not a ton has changed musically.

On the group’s fourth album (and first for new label Washington Square), Layus still trades in piano-heavy pop that sounds like it should accompany onscreen angst—and that’s no slight in a day and age that finds artists looking for any opportunity to turn their art into income. There are hints of the heartland roots-rock the band explored on their sophomore album, Can't Love, Can't Hurt, notably the gospel shuffle “Need A Little Sunshine,” a welcome reemergence after Layus did his best Springsteen imitation on 2011’s Augustana, which was a record jammed with sparking production, “Born To Run”-sized refrains and many of his absolute best songs that, had there been any justice, would have been AAA hits.

In contrast, this past success sets up Life Imitating Life to fall short in spots as tracks like “Fit Together” and “Alive” sort of amble on with no real hook or entry point. They’re painfully out of place with album linchpins like the stomping “Youth Is Wasting The Young” and lead single “Ash And Ember,” both of which find the singer wailing with the conviction and fire of a preacher in the pulpit. There’s also an interesting dichotomy between Layus’ bread-and-butter sonic style and the introduction of some more electronic elements (like the drum machine on “Love In The Air” and bubbling synth line on “According To Plan”) that the singer should consider expanding upon in the future. Life Imitating Life isn’t Layus’ best album—it’s certainly not as adroitly executed as Augustana was—but it’s a reasonably solid effort from a songwriter who, despite notching a platinum single, is still somehow underrated.