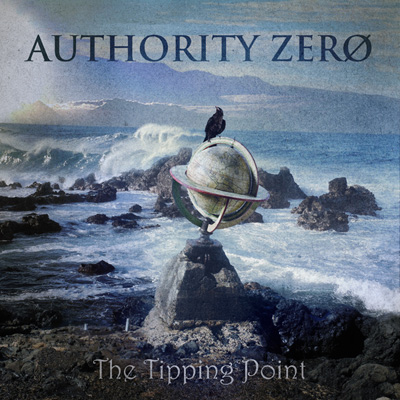 From the starting gates of album opener “No Other Place,” it’s clear what we’re in store for on Authority Zero’s fifth full-length: sharply honed melodic punk rock. Vocalist Jason DeVore’s striking similarity to another melodic punk screamer, Good Riddance’s Russ Rankin, is a bit of a distraction at times (is this actually a new Good Riddance record?), but when it comes to this kind of fast-paced punk, originality isn’t the main concern. With the stamp of Orange County melodic punk producer Cameron Webb all over The Tipping Point, the target audience is obvious (hello Pennywise, Rise Against and No Use For A Name fans). What really matters is the vocal lines are like a punch to the solar plexus (“On The Brink”), the tempos run at about the same speed as a snowboard run (“Undivided”) and the experimental numbers (like “Struggle,” a dub-ska song) don’t deviate too far from the main goal: pogo-worthy punk. Or it could just be the perfect soundtrack music to the latest Tony Hawk videogame, take your pick.