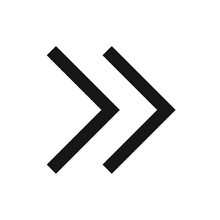 It takes a certain kind of music freak to simply throw the full weight of their talent behind whatever project might flutter into the transom of his/her mind. But it's those fearless souls like Jack White, Wayne Coyne and Geoff Barrow that are keeping listeners on their toes and garnering much respect, even when their efforts fall flat. Barrow is a most interesting case of this type of phenomenon, breaking out with the rest of the trip-hop scene in the ’90s via his band Portishead then quickly breaking away. By the time the group's third album arrived, all the hip-hop-inspired beats and John Barry homages were left aside in place of daring experiments in sound, mood and volume. Over the last three years, Barrow has followed his muse anywhere it might pull him. He produced a pseudo-pop record sung by an erstwhile political writer, a dark instrumental album inspired by the fictional locale of Judge Dredd comics and a sprawling hip-hop disc that boasts 41 tracks and more than 30 guest MC spots.

Restless to the end, Barrow also found time to join forces with a pair of gents (Billy Fuller and Matt Williams) from his native Bristol, U.K., to create Krautrock and psychedelia on the fly as Beak>. Their self-titled debut was recorded live with no overdubs, a method that lent itself well to a collection of moody motorik beats and formless interludes. Back with album No. 2, Beak> feel more purposeful somehow, as if all the live shows the band have been playing since 2009 have done wonders to their collective, improvisational spirit, or that, God forbid, they've actually worked out some arrangements ahead of time. At least that’s how pointed the slow build of “Kidney” feels: The move from a simmer into a raging boil feels inevitable and perfectly positioned in the track's running time. The push-pull of “Wulfstan II” has that same purposeful embracing of the quiet/loud dynamic. Nothing about the songs shock; you just give yourself over to the waves of volume and incident. What will surprise you is how much more of it you'll want to hear even after a full seven minutes of sound.

There are moments that do come across as formalist exercises—”Ladies' Mile” attempts to produce a lost track from the A Clockwork Orange film soundtrack with a few analog synths fighting for supremacy, and opener “The Gaol” slowly melts into a wet mass of fuzz bass and stuttering rhythms. But you should expect nothing less from a musician like Barrow who revels in throwing any and all ideas against the wall, whether they stick or not. It's the pattern and sound of the splat that he's most interested in.