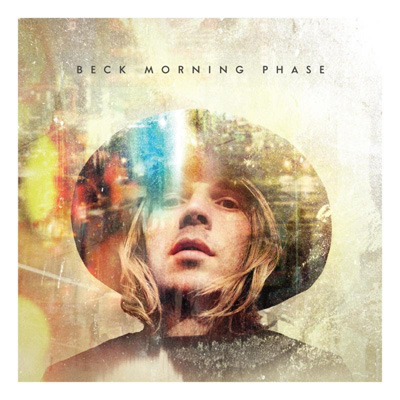 Beck Hansen’s 2002 psychedelic folk journey Sea Change is one of his finest albums. After years of kitchen-sink beats, tropicalia, funk and impersonating Hollywood freaks, he decided to bare his sensitive side. Amid acoustic picking recalling Nick Drake and grand orchestral gestures found on old Serge Gainsbourg records, Beck sounded forlorn, beaten and raw. Now, 12 years later, he’s back in almost the same aesthetic place on Morning Phase. Sonically, it’s practically Sea Change Part II. Musical choices are almost identical—bells, swelling cinematic strings, ample harmonies—but Hansen’s voice doesn’t sound quite so sad. And given how well this approach went over last time, he would have no reason to be.

Where Morning Phase takes the idea deeper into the haze of Beck’s last full-length, 2008’s Modern Guilt, it glistens. With some well-placed effects on the piano and touches of harp, the slow chords of “Unforgiven” reach an undiscovered island in the body of Sea Change. The percussionless, string-drenched “Wave” builds to a manic climax of the repeated word “isolation.” It borders on creepy—in a good way. Pedal steel-sweetened “Blackbird Chain” and mandolin-enriched “Blue Moon” both make a case for Beck trying a full-on country songwriting cycle someday.

Once the thrill of hearing the first new Beck album of any sort after six years fades, there are some concerns. Pockets of Morning Phase sound too familiar, and that’s a letdown—albeit a gorgeously produced one. Finger-picked “Say Goodbye” is like a slower fraternal twin of Sea Change’s “Already Dead,” and such obvious overlap in several arrangements proves distracting. Then again, even the best sequels are never quite as good as the original. If anyone had the right to revisit Beck’s Sea Change vision, it’s Beck.