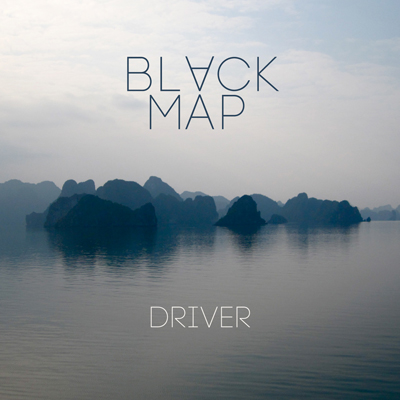 Featuring a mix of members from Dredg (guitarist Mark Engle), Far (drummer Chris Robyn) and the Trophy Fire (vocalist/bassist Ben Flanagan) and pouring some Deftones over top of it all is a recipe for weirdness, but the talented lads in Black Map make that weirdness all their own on this debut EP. It works, but only sometimes: Opening track “I'm Just The Driver” features a great rhythmic propulsion and a dance between melodies and heaviness that brings to mind all the above bands, with a bit of Deftones' reasoned groove thrown in the mix. It's a great tune, and it's the EP's best cut, by far.

“Gold” contains some confounding riffs: How can the same guitar line contain a part that sounds almost cartoonish and annoying right before a part that is pure Quicksand-esque gold? “Head For The Hills” brings to mind Antenna-era Cave In, with some grating syrupy-sweet vocal melodies over a more basic post-hardcore/rock groove. Closer “Ropes” is a faster rocker, most notable for an outrageously annoying chorus where Flanagan just seems to be incredibly proud of how exact he's getting his words to rhyme. The song is incredibly catchy, although it feels a bit like filler and makes you want the more mature songwriting smarts of “I'm Just The Driver.”

Surely this kind of slightly experimental big-city post-hardcore groove rock is going to stick with someone, but despite its energy and songwriting smarts, I find it flying at me but only sticking half the time.