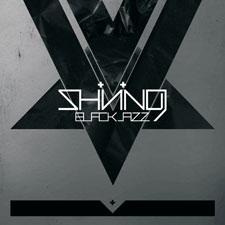 Norway's Shining mix industrial and metal into an unholy screech that takes elements from Nine Inch Nails' Broken EP, Meshuggah's Nothing and the collected works of Magma and King Crimson (this album includes a hellish version of KC's "21st Century Schizoid Man"), plus ultra-distorted, shrieking vocals and skronking saxophone. It's a major leap into the abyss for the band; their last two discs, 2007's Grindstone and 2005's In The Kingdom Of Kitsch You Will Be A Monster, had their ferocious moments, but there were stretches of gentle, jazzy melody, too. Blackjazz, by contrast, is fierce and unrelenting, a slavering beast of an album with the complexity and dissonance of the Flying Luttenbachers and the head-down intensity of upstate New York ultra-power trio Borbetomagus. Absolutely not for the faint of heart–or people with cranky neighbors.