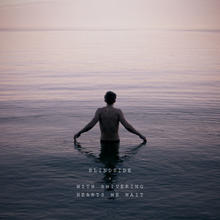 With Shivering Hearts We Wait

Scandinavian rockers Blindside have been through the proverbial music industry ringer in the 17 years since they started playing music together. They moved up the ranks from the indie world to the big leagues, signing with Elektra Records where they found their biggest success (Billboard chart listings, appearances on Late Night With Conan O'Brien, collaborations with Billy Corgan). But with the music-industry shakeups of the past decade, the band were unceremoniously dropped and are now making their slow crawl back into the commercial consciousness of the fickle U.S. marketplace (not without a touch of bitterness at their fate if lead single “Monster On The Radio” has anything to say about it). And this current salvo—the impassioned and engaging With Shivering Hearts We Wait—could be the shot that pushes them back over the top.

Neatly knocking out 10 songs in less than 40 minutes. It's a streamlined little monster of a record, not wasting any time to get to the hooks and the introduction of the band's core power: the gripping vocals of frontman Christian Lindskog. He shines throughout, letting the scratchiness of his higher register add even more emotional sparks to the mix. The rest of the impassioned pull of Shivering flows out of the driven attack of Lindskog's bandmates. They let a bit too much post-production gaudiness infect the mix, but overshadow it on trudging pounders like “Bring Out Your Dead” and the opening blast “There Must Be Something In The Water.” It's a testament to both the strength of the band's spiritual convictions and their sheer tenacity that they were able to weather storms that could have upended a weaker band. That they ended up still being able to make some fine music as a result is icing on the cake.