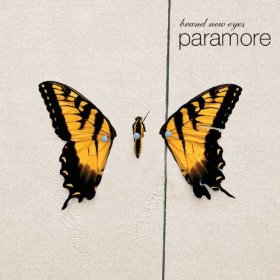 Assuming you already read this month’s cover story, you’re well aware of what Hayley Williams & Co. have overcame since 2007’s Riot!, and brand new eyes is aural proof that what doesn’t kill you most certainly makes you stronger. The band sound tighter than ever on the disc’s lead single, “Ignorance”—sort of a ’roided out “Misery Business.”It’s followed by “Playing God,” which is the band’s attempt at a Jimmy Eat World-esque midtempo rock song—it bests every track off Chase This Light. But where eyes truly trumps its predecessor is in its balance: Riot! was ridiculously top-loaded, with an unmemorable second half. eyes astonishes from start to finish, with the bouncy confessional “Looking Up” and the immensely powerful closing track “All I Wanted” showing up as diamonds in an already gem-covered rough.