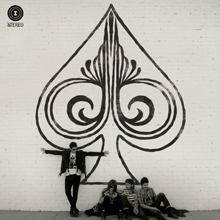 Butch Walker And The Black Widows

Butch Walker has worn any number of hats in his near decade-long solo career. One of the more remarkable aspects of his musical shape shifting is that these style changes occur naturally and without pretense. Instead of chasing the next big sound, Walker instead flips the calendar back years (if not decades) and uses the past for inspiration. Having dabbled in arena rock, singer/songwriter fare, glam rock and alt-country up until now, Walker has yet again shed his musical skin on his sixth solo full-length. The Spade, recorded with his loosely collected backing band the Black Widows, finds Walker entrenched in a set of raucous, raw rock that’s more concerned with fun than perfection. The high points are among the most fun songs Walker’s recorded: album opener “Bodegas And Blood” features a sing-songy guitar line that’s impossible not to mimic; lead single “Summer Of ’89” simultaneously nicks the melody of Dixie Chicks’ “Goodbye Earl” and graciously tips its cap to Bryan Adams’ seminal hit; and “Bullet Belt,” like many of Walker’s songs, relays the singer’s scrappy hair-metal days.

Walker’s solo output has been nothing if not consistently strong over the years, but The Spade isn’t perfect. While the band hit the mark more often than not, the snarly, bratty “Every Single Body Else” and sultry, sinewy “Sweethearts” are dead weight; the natural inclination is to hit the “skip” button and speed to the far-superior tracks that follow each number. But the real highlight is “Synthesizers,” a keyboard-heavy anthem that dips a toe into honky-tonk delight and puts Walker’s keen sense of self-awareness and critical eye full center. “I didn’t name my band after an animal/I don’t have any feathers or neon clothes,” he proudly declares, before rhetorically asking, “For once in your life, won’t you do what feels right/Instead of waiting on the next big compromise?” At age 41, Walker has seen the trends come and go. He’s even been a part of them—something he readily admits. But where other acts might look for ways to enact some revisionist history, Walker’s never shied away from his past mistakes. Instead, he’s learned to look back and just laugh. Perhaps that’s what’s made his solo work so endearing over the years; in a scene where everyone’s so damn serious, Walker prefers to take it all with a grain of salt. If only more acts would follow suit