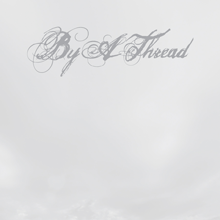 A criminally underrated band from the late-’90s Revelation Records roster, Vancouver-based band By A Thread have reunited for their first full-length since 1999’s Last Of The Daydreams. On an album that has been hinted at since the middle of the last decade, the band continue the arc of their past material effortlessly, deftly straddling the line between emo and post-hardcore. By A Thread have always managed to balance heart-on-sleeve lyrics with the kind of aggression that only comes from years slogging it out on the North American DIY hardcore circuit (as the band did in their previous outfit, Strain), and that approach to songwriting shines through on standouts like “Line Ups” and “Bloodshed”, both of which draw equally from the catalogs of Sunny Day Real Estate and Quicksand, drenched in slashing guitars and soaring vocals.

Dark, atmospheric, but still catchy, the band have retained what made their old albums great, save for a few lackluster production flourishes. Most noticeably, opener “Fashion” contains a startling amount of extraneous electronic elements. The approach would have reverberated as effective modern pop-emo parody if placed later in the album’s sequence, but it’s jarringly cheesy out of the gate. Get past that initial burst of crab-walking swoopy-haired confusion, though, and you’ll find an act that could teach any 2011 Warped Tour main stager a thing or two about musical conviction and the tricks of the punk-rock songbook.