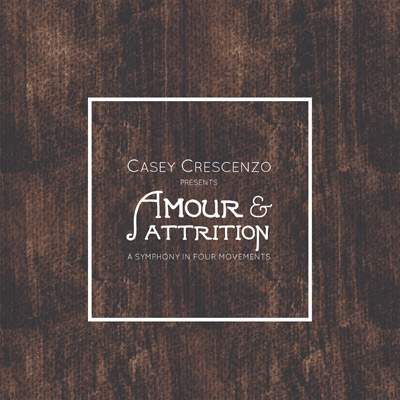 Let’s stipulate at the outset that writing a symphony is a Herculean task and any rock musician should be commended for taking it on. That said, just as rock bands should be made up of players who listen to a lot of rock music, classical music should be written by people who’ve listened to a lot of classical music, not just a shit-ton of Danny Elfman movie soundtracks. This symphony, ably performed by a Czech orchestra (they work cheap, which is why so many metal bands use them when it’s time to get epic), feels like its composer, Casey Crescenzo of the Dear Hunter, has spent a lot of time absorbing the version of classical music heard in movie theaters and cartoons. The melodies are simple and listener-friendly. There’s none of the jarring discord of Elliott Carter here, but neither does the piece offer the relentless, escalating cycles of notes heard in Philip Glass, or the slow-crawling melancholy of Arvo Pärt or Henryk Goreçki. Instead, it brings to mind composers fond of big, rousing gestures, like Aaron Copland or Serge Prokofiev. (You remember “Peter And The Wolf,” right? Well, based on this evidence, so does Crescenzo.) Ultimately, this is a quixotic gesture on its creator’s part; melodic and pretty, and admirable for its ambition, but not much more than a diversion between Dear Hunter albums.