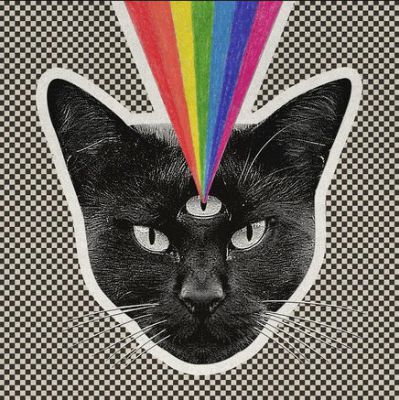 At various junctures, Never Shout Never leader Christofer Drew has come embodied everything from a ’60s pot-addled hippie to an amps-to-11 rocker landing on the spectrum somewhere between Foo Fighters and Crazy Horse. With Black Cat, the world is getting yet another incarnation, one marked by enormous production values and an eye for total pop-chart domination. Thank whatever god you pray to for that, because this is Drew’s absolute career pinnacle, sporting everything from slice-of-life vignettes (“Fone Tag,” “Post Surrealism”), heartfelt sentiment (“All Is Love,” “Peace Song”), arena-rock pomp (“WooHoo”) and straight-up weirdness (“Boom!”). The hooks are big, Drew’s vocals are louder and prouder than previous releases and the songs (barring the occasional f-bomb) are commercial as hell. Upon hearing Drew jubilantly singing, “We walk our own way” (on “Hey! We OK”), you’ll want to smile, punch him and ask him why the hell it took him so long to get here in the first feckin’ place.