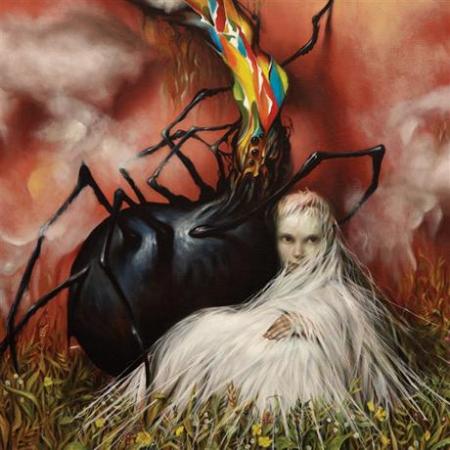 Circa Survive weathered the transition from underground post- hardcore heroes to emotional alternative rockers flawlessly with their major-label debut, Blue Sky Noise, issued earlier this year. (Post-post-hardcore, really, if you want to get pedantic considering the styles Saosin, This Day Forward and Taken were getting involved with during Circa‘s formation.) And they did so without losing any of the hallmark characteristics that made their atmospheric and subtly dynamic sound so appealing in the first place. This five-song EP follows that album by just seven months, and respect is due further, since this isn't just a stopgap single with alternate versions or mere remixes; the appropriately titled Appendage is a fleshed-out release with five never-before-heard songs from the Blue Sky Noise sessions.

A demo version of the shimmering, interlude-esque “Sleep Underground” kicks it off with warm yet chilling organ, rippling guitars and Anthony Green's scratchy tenor a perfect match for the subtle, sensible production tone. Its vague post-rock feel is a wild stretch for the band but it's rather successful all the same. Paired with sharper-sounding follower “Stare Like You'll Stay,” it makes for an opening tandem that actually sounds like it could've closed Blue Sky Noise in the same understated style the band's made their signature between that record and 2007's On Letting Go.

In fact, that persistent sense of musical (and emotional) closure permeates Appendage pretty often. If Circa Survive leave you wanting more, they're at least coming back to satiate that need a few times. “Everyway” is littered with crescendos that each come just a few syllables short of a potentially stunning climax. Something is holding back the drums in the anguished “Backmask” from acting as a booming pulse of tribal menace, and while it's probably producer David Bottrill's trebly emphasis on apical vocals and glassy guitars, his intonations largely work for this EP–and moreover, the latest chapter in Circa's progressive saga–as a whole. That goes double when the guitars suddenly transition into a state of emotional distress for the explosive finish of EP closer “Lazarus.”