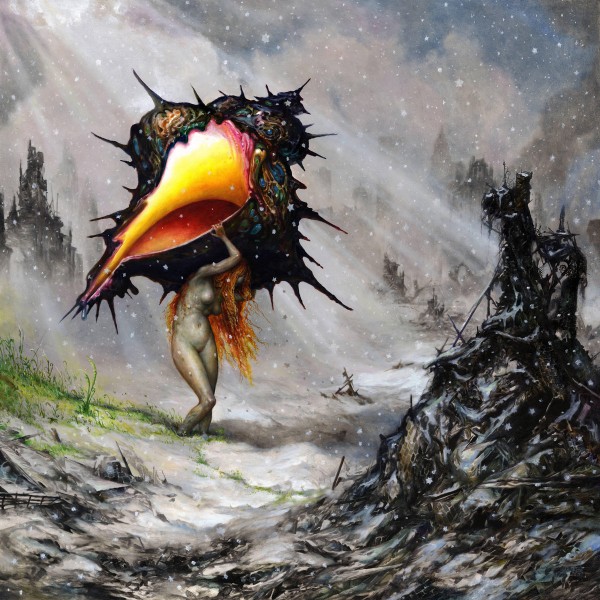 WHAT'S DIFFERENT: Circa Survive are now six albums deep into a truly unique sound they’ve cultivated all themselves. By and large, they remain true to that sound on The Amulet, so not much is different here. That said, they’ve toned down their wilder prog-rock side that’s emerged in the five years (only really apparent now in the bombastic intro of “Stay,” energetic wail of the sinister “Rites Of Investiture” and the closing title track), and adopted a slightly darker demeanor. There’s a tasteful musical backdrop that unleashes the occasional post-rock sparkle, or a hypnotic loop pedal of sorts, à la recent Minus The Bear (“At Night It Gets Worse”). Frontman Anthony Green is as dynamically flexible and androgynous with his voice as ever, sometimes resembling Sherri DuPree of fellow Will Yip clients Eisley. His lyrics are more obtuse than usual, too, conjuring dreamlike imagery and nebulous storylines as he dabbles in existentialism, apocalypticism and interpersonal relationships.

WHY YOU SHOULD CARE: The Amulet is one of Circa Survive’s more difficult listens, and repeat listening doesn’t put many significant cracks in its mysterious shell like it did with prior efforts. Green’s sudden bursts of throat-shredding in “Never Tell A Soul” are a highlight, as is the serene, unsettling melody of the cautionary chorus hook in “Premonition Of The Hex.” There’s also their great, signature mix of progressive rock and 2000s spacey post-hardcore influence at work that results in interesting, exploratory guitars and colorfully decorated atmospheres. Circa just sound oddly restrained, in a way, and the most enthralling moments don’t feel quite as emotionally resonant or grabbing as the band’s been so capable of in the past, especially with a slower pace down the stretch. That said, an average Circa Survive album is still a cut above most anything out there, and their subtle yet ever-continuing evolution remains a compelling thing.

STREAM THIS: “Premonition Of The Hex”