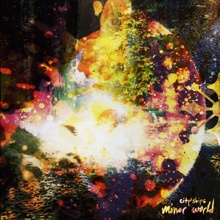 Most fans of post-hardcore remember the first time they heard Cave In’s Jupiter or Thrice’s Vheissu. The expansive sound of those two albums seemed to completely overtake everything within its grasp. Much like those two landmark releases, the second album by arty post-hardcore act City Of Ships is a full-bodied, textured affair that covers an amazing amount of ground for a relatively new band.

On the 42-minute Minor World, the power trio give us their first masterpiece; the 10-song collection sounds premeditated, complete and seamless. From the opening melodies of “Clotilde,” which could fit onto Vheissu without Thrice fans batting an eyelash, it’s clear City Of Ships have moved a step beyond the alternating bouts of scream therapy and melodic noodling found on their previous releases. The chaotic pummeling is still there, as is the handiwork, but so are pregnant pauses between the riffs and hollers. All three members of the band are clearly enjoying the experience of completely channeling themselves through their instruments. Bassist Andrew Jernigan in particular has really taken a deep breath, adjusted the distortion on his bass amp and let his nimble-fingered playing shine through. Meanwhile, his brother Eric (guitar/vocals) channels his love for space rock and goth-tinged shoegaze, while his impassioned vocals have only become more spot-on.

Every track, from the serpentine “Easy Way/Hard Way” to the downright transcendent “Celestial Navigation” (does Stephen Brodsky get royalties for this one?), is an opus on its own, but pair them together and this is one mammoth release.