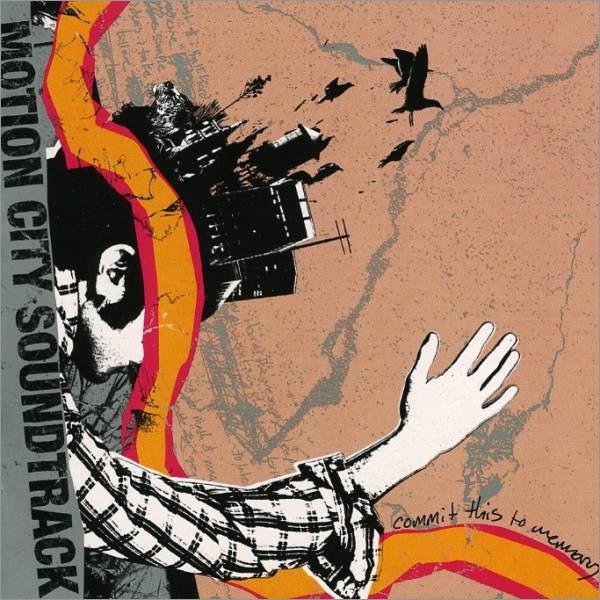 Commit This To Memory

It’s kinda funny. Who knew that, six years into their career, Motion City Soundtrack would be releasing their debut album? Now, before AP’s office is flooded with piles of letters pointing out the obvious mistake, let me explain: While Motion City’s 2002 debut (and 2003 reissue), I Am The Movie is technically considered a full-length, it wasn’t so much an “album” as it was a grouping of songs the band (who, at one point, were just frontman Justin Pierre and guitarist Joshua Cain) had been kicking around for years. Thus, while Movie was just as fun to listen to on long car rides as it was to share with your sweetie in your dorm room, the album didn’t feel like it told a story-essentially, it was the musical Cliffs Notes of Pierre’s life up until that point, giving the listener a synopsis of what being a horny, depressed, artistically frustrated twentysomething in Minneapolis felt like.

That’s the huge benefit of Commit This To Memory: It’s a real album, with a real band writing and performing it. From the peppy opener, “Attractive Today,” to the slow burn of the closing track, “Hold Me Down,” every song on Memory serves a purpose. And, while many fans cried foul when it was revealed that Blink-182 bassist/singer Mark Hoppus would be producing the disc-even scarier, it’s his maiden voyage behind the console-there’s actually very little evidence of his fingerprints on Memory, save some guest vocals in “Hangman.” In all fairness to Mr. Atticus, this is a slick-sounding rock record that still has its intelligence intact.
Of course, that means two of Motion City’s biggest weapons on I Am The Movie-keyboardist Jesse Johnson’s infectious Moog parts and the instantly memorable drumming of Tony Thaxton-have taken a temporary backseat in the name of overall cohesiveness. On Memory, a good portion of the songs are in a more straightforward rock vein (“Resolution” is a perfect example), with the quirky sound MCS fans have come to expect only cropping up occasionally, like on “When You’re Around,” “Time Turn Fragile” and “Better Open The Door”-all certifiable pop gems. And while some of Pierre’s most clever and quirky lyrical couplets can be found on Memory (one listen to “Everything Is Alright” will prove that point), there’s also the painfully in-your-face “Lgfuad,” which begins, “Let’s get fucked up and die/I’m speaking figuratively, of course.” No duh, Justin.

But aside from that lyrical flub-and the nagging feeling that, at times, the disc is almost too slick for its own good-Memory is an inspired, mature sophomore disc chock full of catchy, intelligent pop-rock that will, once again, sound as good being the soundtrack to a long car ride as it will for spooning with your significant other.