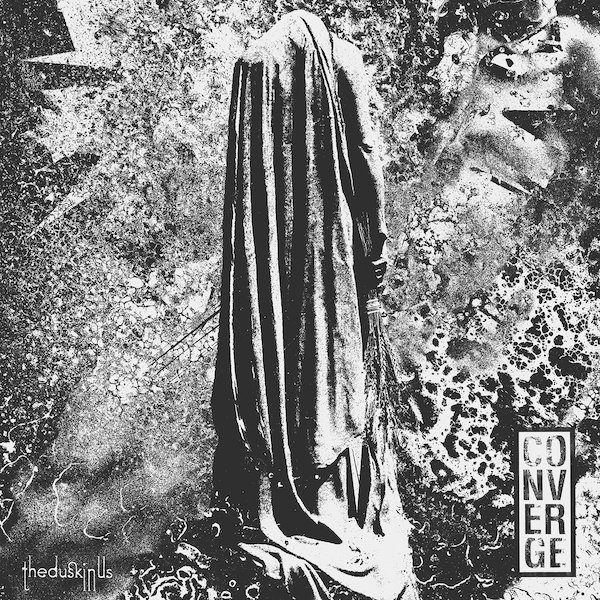 The Dusk In Us

Right from the start, the very title of Converge's ninth album portends something ominous. The Dusk In Us conveys a sense of resignation of letting things burn with solemnity like a raft at a Viking funeral. Perhaps it's fatalist code for the members of Converge, who, after decades of consistently putting their minds (and bodies) at full velocity in service to their art, may be making a commentary on their own psychic/physical mortality. In the words of the hero Indiana Jones in Raiders Of The Lost Ark, “It's not the years—it's the mileage.”

If the album title seems like a premonition, the stuff coming out of the speakers conveys the emotional context and sonic evacuation Converge have built their legend upon. As they have grown as musicians, writers and humans (with all the baggage that contains), the band still maintain their status as leaders. Frontman Jacob Bannon is physically incapable of phoning in his performances, and always ready to bring the fear. Kurt Ballou’s guitar work is a joy to experience, whether he's carpal tunneling through downstrokes, picking out lyrical phrases to frame Bannon's ominous moments (“Thousands Of Miles Between Us”) or bringing the straight-up noise like a hateful glass-bomb explosion (“Under Duress”). There are some genuine pit-starters (“Broken By Light,” “Cannibals”), some full metal rave-ups (“Reptilian”) and some seemingly uncharacteristic moments. The near seven-and-a-half-minute title track is a slow-moving treatise that could've been on Bannon's Wear Your Wounds project, with slow and sparse minimalism heightening the urgency, before pushing the pause button to unleash an avalanche of doom metal/shoegaze guitars. “Trigger” updates the Jesus Lizard's sense of devastation with Bannon's lyrical invective. (Listening to him shear his throat lining with the phrase “Was it worth it?” takes this writer to Gooseflesh City.) “Eye Of The Quarrel” is patently exhausting, thanks to drummer Ben Koller's stamina and force.

When you consider that Converge have been plying their stock in trade for close to 30 years, it makes you wonder why legions of newer bands don't (won't?) put their hearts where their amps are to distance themselves from heavy music's tired signifiers. You get the feeling that after listening to The Dusk In Us, Converge are never ever going to go away quietly. There will be no twilight, no moment of measured reflection, no gentle going into a good night. When that time comes, they'll likely exit like a blinding phosphorus bomb, the kind hardcore—and humanity—have never witnessed. Until then, use The Dusk In Us as the perfect soundtrack for all of your fire-based purification rituals. If only other bands would learn how to burn…