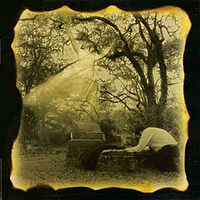 Cries Of The Past

Underoath continue to hone their progressive-minded metalcore assault on 2000’s Cries Of The Past. It’s ironic to hear music owing much to such avowed atheistic death-metal bands as Death and Morbid Angel created by Christians. But it’s nearly impossible to discern any sentiments through the scratchy squall of Dallas Taylor’s screams and growls. Drummer Aaron Gillespie hints at the melodic singing that would prove a more dominant force on later releases, but the focus remains the band’s uncompromising and unrelenting metallic instrumentation.

For the most part, Underoath’s second full-length is close in tone and spirit to their debut, 1999’s Act Of Depression. Better production well serves the stronger material. The band are more confident in their abilities and slightly more daring throughout. Most significantly, Underoath boldly employ Chris Dudley to add keyboards and other non-traditional sounds to the onslaught. Dudley’s contributions add just enough sonic coloring to make the songs somewhat unique.

But Underoath remain fixated on writing long songs, much to their detriment. “And I Dreamt Of You” could have said its piece in a quarter of its 11 minutes. It’s still an impressive collection of drastically shifting pieces, each of which could have become separate songs. The approach almost works in the dizzying “Giving Up Hurts The Most,” which boasts deft time changes and rhythmic shifts, but the songs feel like patchworks of riffs sewn haphazardly together into an ugly quilt of disjointed patterns. ’80s-era Metallica made songs of considerable length and constant changes work by creatively using unifying themes. Underoath’s weakness at this early stage is not having the vision or experience to be able to successfully unite their ideas and abilities into a cohesive narrative.