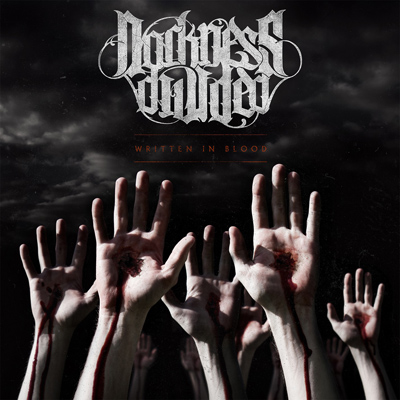 San Antonio-based Christian metalcore family band Darkness Divided make their full-length and Victory Records debut with this 34-minute slab. Three brothers—vocalist Gerard, guitarist Christopher and bassist Joseph Mora—are joined by drummer Israel Hernandez for a crushingly heavy but also surprisingly moody album of frantic sweep picking, chugging Pro Tools breakdowns, Danny Elfman-meets-Dimmu Borgir keyboards, lead vocals that fall somewhere between Trivium’s Matt Heafy at his most furious and Whitechapel’s Phil Bozeman, and soaring clean choruses. The jackhammering drums, ultra-technical bursts of guitar wank and digital tweaks all combine to make this record very much of the moment. The synth strings on tracks like “A Well Run Dry” and “Remnants” add a little bit of drama, but it’s when they come up with a catchy riff, like the one that opens “The Will Of Man,” that they’re at their best, and closest to making music with real staying power.

“The Will Of Man”