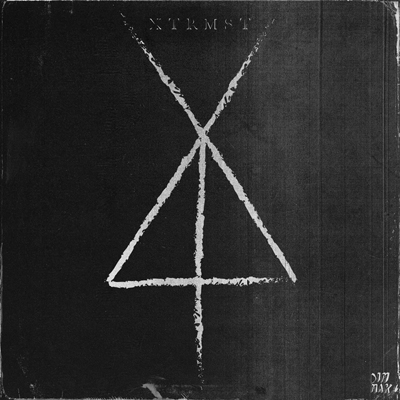 Generally speaking, when the term “straight-edge hardcore band” gets tossed around, your thoughts probably automatically turn to the founding fathers of clean living and ripping riffing. You (should) know the names: Minor Threat, Youth Of Today, Gorilla Biscuits, SSD… Hell, if you think we’re leaning a little too heavy on the original ’80s movement, go ahead and throw in Champion, Have Heart, Throwdown, Prayer For Cleansing and (early) Refused. Lots of bands, lots of riffs, not a lot of beers consumed.

The roundabout point above is that while the term “straight-edge hardcore band” will more often than not conjure up a specific sonic aesthetic (and the automatic questioning of Kristen Stewart being plastered all over the internet in an Out Of Step shirt), the subgenre is actually a lifestyle designation as opposed to a musical style. This, then, opens up the opportunity for diversity to be incorporated by those brave enough. And bravery needs to be mentioned because for all of sXe’s good, it can also be fascistically close-minded and intolerant.

Davey Havok and Jade Puget are two of the brave. The AFI dudes have branched off with XTRMST, getting back to their roots at 924 Gilman St., with a twist. While the sentiment may adhere to the tenets of not smoking, drinking, drugging and fucking everything that moves, musically the duo are pushing the boundaries of hardcore, sXe or otherwise. XTRMST sounds dense and claustrophobic; like the band are playing mere inches away from you, getting right in your face so that you can hear scratchy fret hand movements, feel the air being pushed around your ears by Havok’s finger-point-triggering, banshee-like screams and bask in the warmth of whatever technological doo-dads are contributing to the sandpaper-y electronic textures. Overall, these 15 songs are like a giant Grand Mal seizure in the vein of the Dillinger Escape Plan, Retox and the Locust with a little Nine Inch Nails scooting around in the background. It’s a mélange that, when you think about it, makes heaps of sense; there’s no way clouded minds and impaired judgment could deliver the terse stops, starts and changes of “Merciless,” the melodic heft of “Division” or the staccato beats and intricate patterning in “Words For The Unwanted.”

The biggest strike sucking the life force out of the duo’s debut is their tendency to have disruptive non-sequiturs jolt in and out draining the continuity and energy. You can hear the difference in the groovy, flowing time changes of “Conformist” and the steam punk-meets-youth crew “Exterminate” versus tracks like the uncomfortably dynamic “Extremist” and confused-sounding “Humanity.” Either way, edgers of all stripes should find it encouraging and energizing to hear the old-time message delivered in new-school packaging.