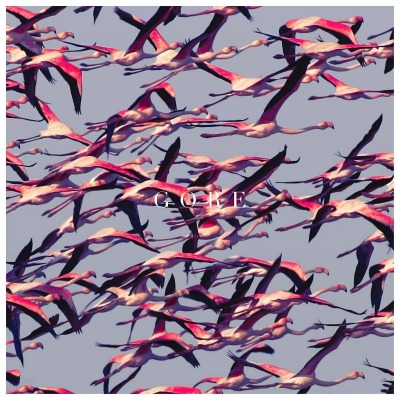 Few bands are as engaging and intense as Deftones. Each of their full-length records stands alone as an individual animal, yet ideas such as passion and disruption unite their body of work. Even fewer bands skillfully walk the tightrope of melodic-and-heavy and harmonious-yet-dissonant as the Sacramento quintet have over the course of 21 years and seven albums. Around the Fur, released in 1997, delivered a sense of intensity and urgency that made the nu-metal scene sound comical in comparison. With 2000’s White Pony, Deftones threw out the rule book and crafted one of the most important albums of the decade. With their eighth release, Deftones continue pushing the limits of sonic contradiction with savant-like technique. Gore wastes little time in using both bliss and agitation to capture the listener’s ear, as heard in the scorching opener, “Prayers/Triangles.” The follow-up track, “Acid Hologram,” applies a particularly menacing, subsonic growl to Chino Moreno’s vocals. Moreno’s performance is of particular interest, as he cleanly sings throughout the majority of the record; his drawn-out vocal style provides an ethereal quality that contrasts with Stephen Carpenter’s massive guitar riffs. “Xenon” and “Hearts/Wires” further demonstrate the potency of this gestalt, whereas the title track features Moreno using his trademark vocal tantrums to jar listeners. The end result is a Deftones record with an unusual, dreamlike quality where chaotic storm cells puncture stretches of tranquility. Furthermore, much of Moreno’s lyrics remain nebulous enough to leave listeners slightly puzzled (another trait that has appeared throughout the band’s repertoire). While many of their contemporaries remain content with the particular style that brought them to the dance, Deftones never feared exploring new avenues to advance their sound; Gore represents their latest evolution.