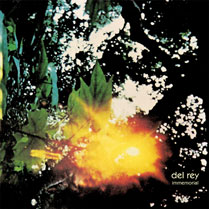 Okay, let’s talk Japanese taiko drums and Chinese guzhengs. Actually, let’s not and say we did, because there’s no point in pretending we know what we’re going on about and embarrassing ourselves anymore than need be. The members of this Chicago-based post-rock quintet, however, have experience with these oddball instruments and could probably not only talk ears off about all kinds of instruments considered bizarre to us guitar/bass/drums rock-centric Westerners, but also how to implement their unique and exotic sounds in the context of making music akin to Explosions In The Sky, Grails and Red Sparrowes sound like a glistening and moody Angelo Badalamenti soundtrack.

Immemorial, the band’s fourth album, presents a high level of maturity in how they incorporate the “un-rock” instruments into the mix during “Silent Weapons For Quiet Wars” and “These Children That Come At You With Knives” and how the resulting layers draw you into the band’s spiraling, multi-tiered world of sound. And should you spin this with your head clamped in a decent set of headphones, it might be shocking to learn that Del Rey didn’t record this album using some kind of quadraphonic/surround sound console from the distant future.

However, similar to how they balance the loud and the quiet, the busy and the sparse, negatively off-setting Immemorial’s good is the realization that these songs don’t provide much of a support structure for the Japanese taiko drums, Chinese guzhengs, four-string banjos and mournful lap-steel wailing. In other words, as intricate and involved, dynamic and emotional as a track like “E Pluribus Unicorn” is, Del Rey often find themselves meandering too far off towards the “Where’s the song?” trap. The lack of tension and release in some their note/riff selection is disheartening (especially when they do such an awe-inspiring job on “Return Of The Son Of Fog Rider”), and we’ll be damned if anyone will be able to recall much of what they’ve heard once the album comes to a conclusion. Immemorial is like a musical case of not seeing the forest because of the trees and, as one might imagine, it’s mildly disappointing.

“Return Of The Son Of Fog Rider”