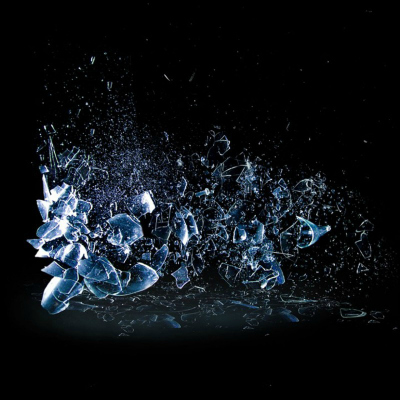 With their 1998 EP Under The Running Board, the Dillinger Escape Plan forced metalcore to evolve overnight. The New Jersey quintet's stabbing, atonal guitar figures felt like Morse code from a war zone. Their rhythm section's asymmetric violence made even the heaviest breakdowns sound dated in comparison. And their blink-and-you'll-miss-'em flourishes (Was that a sequencer? A jazz lick? A friggin' circus melody?) somehow managed to defy genre conventions while making perfect musical sense.

Since then, Dillinger’s sound has evolved—rhythmically, melodically, emotionally and otherwise—into a genre all its own. Call it math-metal, call it prog-core or call it crazy for absorbing ideas from industrial rock, indie pop and other genres along the way, but Dillinger's redefinition of “intensity” has always felt limitless. Which is why it's shocking that Dissociation, the band's sixth album, is also their last release before an impending breakup.

“Limerent Death,” which wields every weapon in Dillinger's arsenal, is a fitting opener to this swan song: a monster, off-kilter opening groove; twisted shards of guitar and bass noise; vocals that shift from crooning into full-throated roaring and drum patterns whose internal logic is so wild, they sound like they're firing in reverse. It's followed by “Symptom Of Terminal Illness,” a study in contrast that's also the first legitimately heart-wrenching Dillinger song: somber, approaching waltz time and rich with electronic flourishes and delicate guitar figures.

“Wanting Not So Much As To” takes a similar turn after its pummeling first two minutes: Guitarists Ben Weinman and Kevin Antreassian trade spidery lines while vocalist Greg Puciato, speaking rather than singing, sounds like he's pleading with an ex-lover who's closed an ear to his apologies: “What you… I… were reaching for, is something I had in me all along.” The song builds from there, but its heaviness comes more from open space than from onslaughts of sound.

“Low Feels Blvd” opens in prototypically brutal fashion, but fades midway through into an atmospheric fusion jam that's more Mahavishnu Orchestra than metalcore. “Nothing To Forget” introduces a string section and Puciato's pipes shine, while “Honeysuckle” finds drummer Billy Rymer working every inch of his kit—tapping, crashing, managing barely controlled chaos at speed—over walls of Puciato-led vitriol. Like the preceding “Fugue,” the closing title track is an electronics-driven affair, but its real power shows when the music fades into silence and leaves Puciato, singing and harmonizing, “Finding a way to die alone.”

Dillinger, thankfully, won't suffer that sort of fate. They've created nearly two decades of art on their own terms, challenged heavy music's rules with every album and elevated an entire genre in the process. Dissociation might be the final stop on this journey, but in 10 years, it's also the first thing we'll point to when people ask why these guys are still relevant.