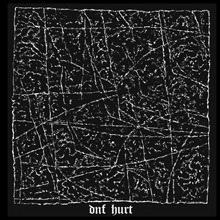 Members of Trash Talk and Touché Amoré come together in DNF to bust out mean, dark and occasionally evil-sounding hardcore. While sure, their tone leans in the direction of the former band, it's no side-project copy: DNF produce nasty bits of power-violence and sludgy stomping that resembles early Ceremony (“Most Few,” “Homesick”) or Charles Bronson, with moments of a noticeably heavier, snarling pulse (“Hunger Pains”). Hell, the blunt barks of “Timid” almost bring to mind the Dillinger Escape Plan's fussy rage on Irony Is A Dead Scene, at least until the band take the song out in a more crusty fashion—with a couple seconds of powerviolence flailing at the very end, of course. In a shade over 13 minutes, DNF's m.o. is laid out in visceral measures, and while their approach is easy to “get” a little too quickly, it's still an enjoyable, dynamic assault.