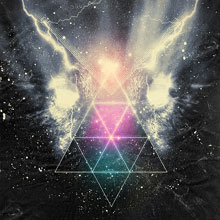 Does It Offend You, Yeah?

Donâ€™t Say We Didnâ€™t Warn You

It’s been three years since British electro-dance rock noisemakers Does It Offend You, Yeah? punctured alt-rock’s cerebral cortex with 2008’s You Have No Idea What You’re Getting Yourself Into. In today’s ADD-addled culture, three years might as well be the half-life of uranium: Fortunately for DIOYY, the incubation period has yielded a few possibilities beyond the dance floor. “Pull Out My Insides” is a jangle-pop number worthy of placement on the soundtrack to a Juno prequel, and the lugubrious cough syrup slow-burn “Broken Arms” works the soft/loud axis that’s all up in that metalgaze ass. Of course, the band didn’t unplug Dan Coop’s synthesizers (“Yeah”) or dial down James Rushent’s massive bass tone or their sense of groovy menace (“The Monkeys Are Coming”). Be forewarned: DIOYY are ready for their close-up—and their second coming.

“The Monkeys Are Coming”