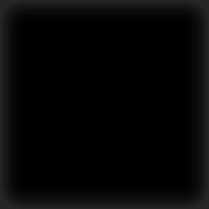 It’s a pretty sad state of affairs when a bunch of emo tweens can crap out a 15-minute joke metalcore album and it’s more enjoyable than most actual metalcore albums in recent memory. Maybe that’s just a statement about metalcore’s redundancy in 2010, but there’s something more going on here with EATMEWHILEIMHOT!’s new album, appropriately titled xALBUMx.

For those blissfully unaware, EATMEWHILEIMHOT! are the metalcore alter ego of man-child Christofer Drew, who’s best known for his solo output under the Never Shout Never moniker, whose output generally consists of lovey-dovey acoustic pop songs that would give cavities to sugar bacteria. But wait, the trajectory of EMWIH! gets even odder. Turns out the band who now play “brutal” joke metalcore, complete with goofy lyrics about vampires and grizzly bear attacks, used to go under the name Mister Owl, releasing an EP in 2009 called All My Friends which was mostly poppy screamo with a few breakdowns and guttural belches here and there. How this all ended up resulting in the hilarious mock-metalcore on xALBUMx is not entirely clear, but we’re glad it did.

With eight short blasts of heavy breakdowns, speaker-blowing low-end distortion and blazing riffs, this could be the ultimate spoof of a genre of music that really, really needs to either go away entire or reinvent itself. Highlights include the high-pitched shriek chorus of “xDESTROYx” which leads into a nerdy, helium-spoken conclusion (no joke) or, better yet, the funky Seinfeld slap-bass interlude (again, no joke) of “xBICYCLEx.”

xALBUMxwill be a tough sell for those who treat their metalcore as serious business, but anyone willing to chuckle and guffaw at what’s coming out of their speakers will get more than their fill with this one. Best lyrical shoutouts: “I came here today to bring you something, something you’ve never heard before. Actually, you’ve heard it everywhere on MySpace, everybody’s trying to cash in on this thing called ‘The Breakdown’… Burn this fucker down!” (from “xDESTROYx”). Or, more to the point, “Every single word I say is metal” (from “xBURRITOx”).