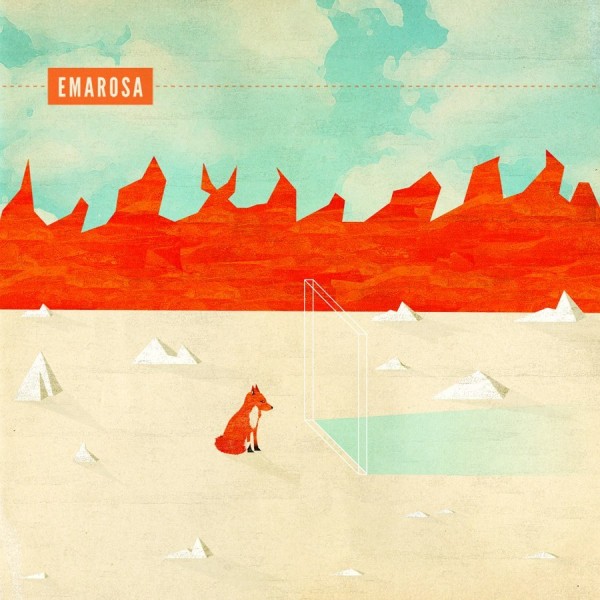 You'd think that after releasing a solo album last year, as well as a much-hyped EP with scene supergroup Isles & Glaciers, golden-throated frontman Jonny Craig might be running a little low in the tank. Not so: If anything, the transplanted Canadian belter has saved his best for what's likely his final major release of 2010: a new record by Lexington, Kentucky's Emarosa, the band who are actually his full-time gig. Judging from the post-hardcore sextet's new self-titled full-length, there's more than enough of Jonny Craig to go around.

Emarosa is Craig's second album with the band since joining in late 2007, and it appears that the group have now fully adjusted to his considerable presence on the mic. The music on Emarosa perfectly complements Craig's fiery delivery, providing a shifting, ever-engaging platform for the singer to strut his stuff, while also being diverse enough to evade scene clichés; there's really little else out there like it at the moment. Craig's performance on Emarosa is the obvious standout, but the five other members of the band–guitarists ER White and Jonas Ladekjaer, keyboardist Jordan Stewart, bassist Will Sowers and drummer Lukas Koszewski–deserve ample credit for pushing themselves to a dramatic new level as both players and songwriters.

In the end, all of the ingredients that make up Emarosa blend together beautifully on the self-titled album. White and Ladekjaer shine on their respective fretboards, layering crushing riffs and ringing, noodly guitar lines, pairing with Stewart's resonating synth, for a remarkably rich sound. (Some parts, like the fluid arpeggiated lines that pepper “Share The Sunshine Young Blood,” sound like licks you'd expect from Thrice gunslinger Teppei Teranishi, while the interlocked counterpoint riffing within “Truth Hurts While Laying On Your Back” recalls classic Thursday, a la “For The Workforce, Drowning.”) From there the rhythm section unrelentingly drives the pace, particularly drummer Koszewski, who beats on his kit like a man possessed, riddling eardrums with one crashing roll after another. Throwing Craig's strikingly powerful, totally unmistakable vocals on top of all that is like smashing together volatile atoms in some great supercollider, creating a radiant new molecule, and a pretty tough act for Emarosa's peers–including Craig's many side ventures–to follow.