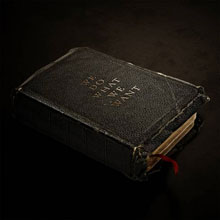 We Do What We Want

The first thing you really notice on We Do What We Want, Emery’s fifth full-length, is how heavy it is. Like, ridiculously heavy. Between the ubiquitous A Day To Remember-styled chugga-chugga breakdowns and frantically shrill screams, it’s the hardest performance the band have served up in a long time, if not ever. It turns out that this was the plan all along—with a mostly acoustic album also slated for this year, Emery decided to go in the complete opposite direction for Want, and it takes all of about five seconds of “Scissors” or “The Cheval Glass” to reckon they’ve succeeded. Parts of the record are flat-out, starch-your-socks pummeling.

With Devin Shelton on an indefinite hiatus, the vocal/lyrical responsibility has fallen squarely on the shoulders of vocalist/guitarist Toby Morrell, who rose to the challenge with some of his most personal work, particularly in his explorations of faith. He’s embraced a prevalent Christian message on Want, writing almost as a conversation with God at times, culminating in “You Wanted It,” the album’s thematic linchpin, where the protagonist realizes that his decision to live outside of faith has failed him, through his own fault alone. We all have the gift of free will, and we do what we want.

There’s also an appealing balance to the record, since not every track continues the aural beatdown; there are quieter moments, and they’re generally pretty fabulous, including two stunning acoustic closers, “I Never Got To See The West Coast” and “Fix Me.” The real standout track, though, “The Curse Of Perfect Days,” is definitely one of those more melodic moments, but is pretty bombastic, too—a dizzying voyage that examines life, love and loss with a level of wisdom and maturity matched only by its universal relevance. Morrell, himself a father, dances with his darkest fears in the song—the nightmare of losing his wife, and thus, his family—for a truly chill-inducing moment, and the song is instantly essential listening for fans.

Granted, the prevailing, premeditated “heavy as heck” vibe on We Do What We Want may be a drawback, due to the lack of variety it creates, especially for those who are fond of the band’s more diverse prior work. Your ears may start to ache a little, but it also makes the album’s eventual deliverance all the more divine.

“The Curse Of Perfect Days”