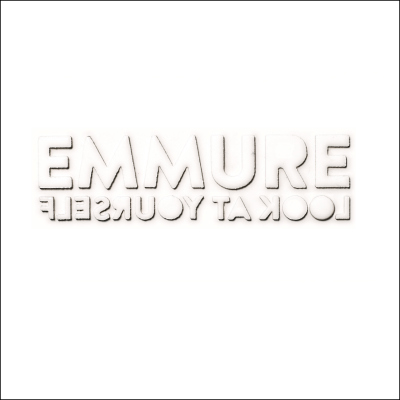 WHAT'S DIFFERENT: Somehow, Emmure's polarizing, windbreaker-clad frontman Frankie Palmeri isn't shot on album seven. His pure paranoia and vitriol conjure the studio walls closing in on him. The last few years of his life have clearly given him plenty to scream about on Look At Yourself.

Since 2014's Eternal Enemies, every member (sans Palmeri) has been replaced, and every great revival on Look starts with guitarist Josh Travis (formerly of Glass Cloud and the Tony Danza Tapdance Extravaganza). Former TDTE bassist Phil Lockett and GC drummer Josh Miller round out the rhythm section, the serendipitous puzzle of heavy music members fitting together as one. Travis is the new sheriff in town, upholding Emmure’s heavy legacy with an aural assault for 2017. Palmeri levels up with his counterpart, exorcising brutal, blown-out-speaker screams over all his other recognizable forms—and there's no better way to say “I wanna hurt you” than that. Rabid breakdown blasts are so excessive, even by Emmure standards, that the album feels like swallowing 13 giant pills. Not for the weak-stomached.

WHY YOU SHOULD CARE: Look At Yourself is a seemingly unending and surely unnerving listen, but self-aware to the brand; the mechanical ticks and shady grooves are still of the nü variety (“Flag Of The Beast,” “Derelict,” “Turtle In A Hare Machine”). Palmeri can't help but spit lines like Fred Durst's illegitimate son (“Ice Man Confessions,” “Shinjuku Masterlord”), and we love him for that. No restraining order can stifle Travis' intensity, but chuggy mosh swagger and cocksure call-outs can coexist with it, as they do on “Major Key Alert.” (“I'm sick of hearing that you want me to be/2007, crying over some bitch/Oh, please.”) Palmeri knows how to entertain within the genre. He's not only succeeded in that, but in starting over, as well.