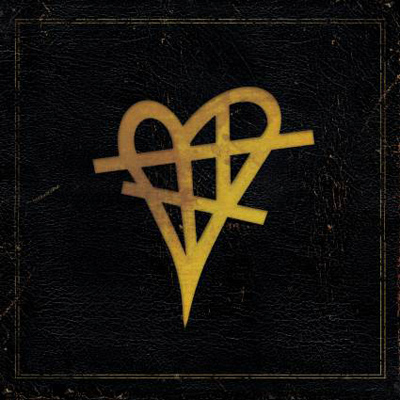 To comment at length upon Farewell, My Love’s music bearing a striking resemblance to early My Chemical Romance is somewhat moot: It does, period. Accepting this, it’s still difficult to judge Gold Tattoos on its own merits, and it is very much a hit-and-miss affair. Often good and just as often forgettable, at moments sublime and intermittently tedious it’s unlikely to set anyone’s world on fire, but it proves the Phoenix quintet know a thing or two about being big, slick and anthemic.

The main problem, which affects the majority of these songs, is that the band have no skill at all when it comes to writing verses. Choruses they have little problem with, and those on “Faceless Frames” and “Skip The Memories” stand out in particular, shooting for the stratosphere without glancing back. Most of the verses are minor variations on the same theme, and it seems almost as if FML are just trying to get them out of the way so that they can get back to inciting fists in the air and manic pogoing. The shred-happy guitar solos tend to enliven things when they’re occasionally unleashed, and it’s a shame they don’t make more use of the ethereal disco synths of “Friends And Fiends,” which are too quickly buried under the guitars (though it’s still a pretty good song).

While histrionic drama is never far away, Farewell, My Love are actually at their best when they're being bombastic. The HIM-esque grandeur of “Rewind The Play” is so over the top it verges on the ridiculous, but there’s a surprising amount of charm in this. Even better is “Paper Forts”: Though it sounds like it was perhaps written to be performed on Glee or be sung by the Muppets (and at times almost sounds like it is), its unashamed emotiveness as it tries to pluck the heartstrings with a hammer makes for entertaining listening. That it hints more at a personality of their own does not hurt either, and though an entire album of tracks along the lines of “Paper Forts” would be wearing, a little more of the same would be be an improvement over what we have now.