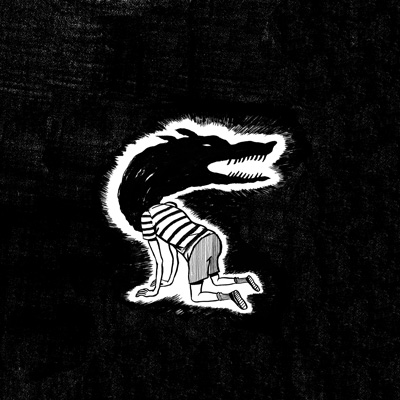 It’s been beyond impressive to watch Fireworks evolve over the last eight years from an earnest Midwestern pop-punk outfit inspired by New Found Glory and the Movielife to the band who created their latest, Oh, Common Life, an album that brilliantly straddles the group’s roots while pushing ahead into bold new territory. Even coming off a truly stellar previous full-length (2011’s Gospel), this new effort marks another massive step forward for Fireworks, who once again enlisted ace producer Brian McTernan (Thrice, Senses Fail) to build upon the magic they kindled on Gospel. And man, do they stoke that spark into a blaze.

Part of what makes Oh, Common Life so gripping is the way Fireworks have pushed their songwriting into a place that sounds wholly theirs, fusing their pop-punk influences with power-pop smarts and a host of ’90s alt-rock flourishes. The performances are masterful too, with drummer Tymm Rengers and bassist Kyle O'Neil simply killing it, consistently making heads bob and toes tap, while guitarists Chris Mojan and Brett Jones interweave lines beautifully, over which vocalist David Mackinder contributes his most nuanced performance. As for style, thankfully the band’s never lost touch with the guitar-driven punk that got them started, but now that urgent sonic core has taken on countless new complexities and subtleties that continually throw unexpected twists and turns into the mix, while meanwhile, the focus never strays from the hook.

A prime example is opening track “Glowing Crosses,” which crushes with its whopping guitar riffs, but there’s also a classic backbeat that gives the cut retro bounce, while channeling Saves The Day and Weezer. Or take “Woods,” which fluidly drifts between a funky guitar progression, moody and subdued verses, and then a towering chorus that kicks you straight in the heart. Then there’s the upbeat, but sadness-tinged bop of “Bed Sores” and “The Only Thing That Haunts This House Is Me.” There’s so much depth to absorb here, yet it’s also instantly rewarding, and it happens time and again on Oh, Common Life; as adventurous as the album is, there’s nary a misstep to be found.

Thematically, the album feels like a natural progression since the bittersweet nostalgia and gig-life growing pains expressed on Gospel; Oh, Common Life is certainly a harsher, more sobering look within, like when Mackinder sings, “I use metaphors to write about what I really should say aloud,” in “Haunts,” but it also feels both un-forced and intimate, with the understated melancholy of someone who’s lived long enough to know some of life’s hard truths. It’s really quite remarkable the way the songs project emotions like disillusionment and regret with a resigned maturity, but retain all the pained passion of youth, like the lines, “I’m half the man my father knows I should be” in “Play God Only Knows At My Funeral,” or “So I sit around and trace, all these new lines on my face,” in “Flies On Tape.”

It’s true: Growing up isn’t pretty, and it sure isn’t fun, but Fireworks have turned that wisdom into something glorious. At the risk of sounding effusive, Oh, Common Life is immediately one of 2014’s best.