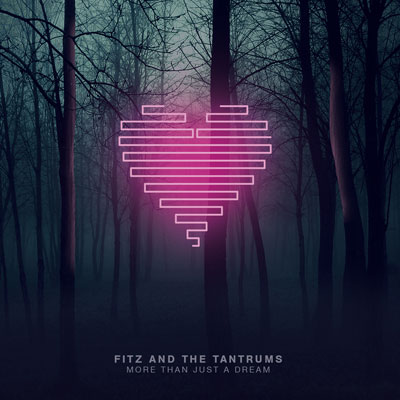 Fitz And The Tantrums

More Than Just A Dream

Fitz And The Tantrums’ first album, 2010’s Pickin’ Up The Pieces, was an anomaly in pop music: a fun, upbeat retro-soul/funk/R&B hybrid that sounded remarkably fresh, thanks in part to frontman Michael Fitzpatrick’s surprisingly pissed-off lyrics and saxophonist James King’s perfectly sculpted horn lines. Unfortunately, nearly everything that made Fitz And The Tantrums interesting has been thrown out the window for More Than Just A Dream. Fitzpatrick has run out of anything interesting to say, instead relying on awful clichés (“Break The Walls”), and the saxophone has been traded in for stacks of schmaltzy synths. There are a few bright spots (“Out Of My League” could be an outtake from Tegan And Sara’s last record and “The Walker” is a blast to whistle along with), but really, this is the most boring Hall & Oates record ever.