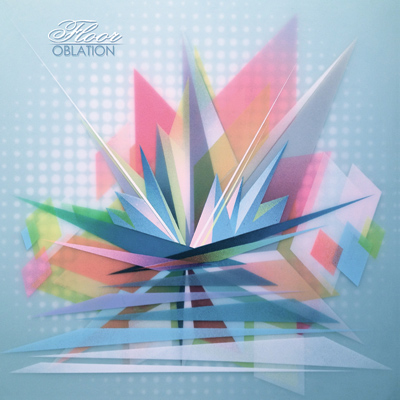 Given the bevy of singles and endless on-again/off-again status of sludge/doom/stoner veterans Floor, Oblation is a pleasant full-length surprise. It's only their third overall, following the 2004 release of Dove (recorded in 1994) and 2002's self-titled, and very logically picks up where that 2002 album left off. But it's also hard to ignore what vocalist/guitarist Steve Brooks has been up to most of that time since: Torche, the increasingly loved cult heroes often regarded as a more melodic, progressively interesting extension of the bellowing fuzz he conjured up in Floor. He's captured a dynamic sense with that band that's run the gamut from bottomed-out head-bangers to alterna-rock would-be hits, and though Floor always leaned toward the former, it's subtly alleviated with hints of the latter on Oblation.

Though the songs are certainly longer than on Floor, Oblation actually harnesses greater energy than its self-titled predecessor. It's also tighter, its melodies more confident and stable than Floor, while buzzing along with their familiar, sludgy foundation, Sleep-y, Sunn O)))-y tone and all. Guitars and vocals compete for hook achievement, making tracks like the Don Quixote-nodding “Rocinante,” “Find Away” and “War Party” competitive standouts, also lacing Oblation with allegorical flourishes of obscure religious and spiritual references that make the whole trip intriguingly Jodorowsky-like. Though the band's constant, push-and-pull hum can get monotonous (the eight-minute, occasionally dopesmoking “Sign Of Aeth” has some spacey intervals and unexpected changes that should snap fading listeners back in), Oblation is still by and large a more compelling, accessible take on what Floor have done so well for so long, with small bits of variety (the D-beat tidbits in “Love Comes Crushing” and “Raised To A Star,” for instance) mixing it up. In some ways, sure, it's a more controlled, alternate-universe take on something Torche may have done during their Robotic Empire days, but Oblation's just another great way to feel those fillings rattle.