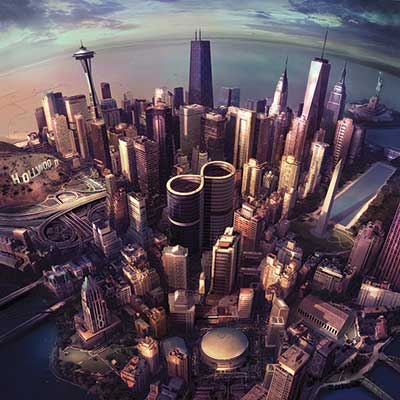 Conceived in tandem with the HBO docuseries of the same name, each of Sonic Highways’ eight tracks aligns with a city in which Foo Fighters lived and drew inspiration from, including New Orleans, Seattle, Chicago and Nashville. “In The Clear” is a massive anthem with a thick, punchy brass section; “Something From Nothing” finds frontman Dave Grohl cursing detractors from his past; “The Feast And The Famine” is livewire alt-punk that is a not-too-distant cousin of The Colour And The Shape’s “Monkey Wrench.” It’s hard not to look at Sonic Highways as a soundtrack instead of a proper album, though; many of the arrangements are loose, with rhythmic jam parts and Led Zeppelin-esque guitar solos feeling at times never-ending. (You can practically hear Grohl doing a voiceover in the series finale during the instrumental break in the album-closing epic “I Am A River,” right before the strings swell into the final set of crescendos.) When partnered with visuals, these songs will probably be a lot more impactful and resonant. As it stands, they’re still pretty great.