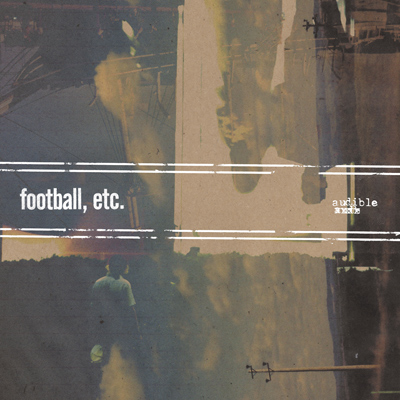 While the second album from Houston trio Football, Etc. does contain numerous Kinsella family/American Football-esque moments—just listen to the twinkling guitars of album opener “Fair” or the gentle math-rockisms that underpin “Extra Point”—it’s also clear that they’re inspired by a more direct, confessional form of emo. “Time Out” has its roots in Rainer Maria’s graceful and ethereal canon, while “Goal” could be Sunny Day Real Estate, if they were they fronted by a female singer. At times, though, Lindsay Minton’s vocals—which are most often a combination of powerful and tortured, ringing with yearning and melancholy—drift into Cranberries territory, over-emoting a little bit too much. Still, beyond those occasional impassioned excesses, this is the work of an accomplished and earnest band—not least album finale “Return,” an epic, slow-burning ode to the comfort of companionship—past or current—which extends into the sort of widescreen musical vistas that Explosions In The Sky do so well. If they continue down that route, their next album could be truly spectacular.