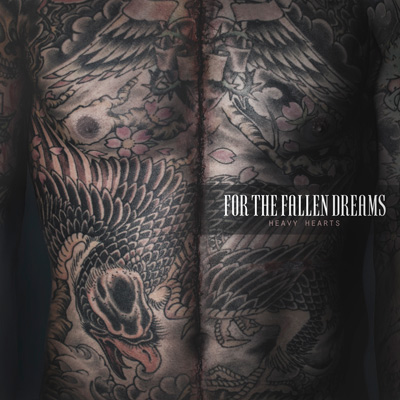 For The Fallen Dreams

The fifth album by this Michigan-based band (as played by the latest of the 25 people to have careened through their revolving door of membership) is indicative of both the positive and negative that follows experienced metalcore outfits transitioning towards expanding the subgenre. Lead-off single “Emerald Blue” sees the band throwing almost every trick they know into the kitchen sink: thunderous breakdowns; a chorus with a melody and chord progression designed to pinprick reptilian brains; effectively simple keyboard swells; textured backing vocals; and appropriate amounts of studio flash and trickery. It may not be the smartest song ever to emerge from the metalcore canon, but it’s probably FTFD’s most daring moment and definitely worthy of repeated spins.

From there, the quartet (featuring the return of original frontman Chad Ruhlig, absent from the previous three FTFD full-lengths) spend good chunks of time both nudging their comfort zone, getting in touch with their melodic metalcore roots and loving Sepultura. There’s an irascible balance between the punky fury of the Brazillian’s Chaos A.D. and Roots’ elastic groove on “Choke” and “Unfinished Business,” and when the band include nods to Fat Wreck Chords melodi-punk (“Bombay”), the album brims with vitality despite a disappointing lack of heft and grit to the production. However, it’s FTFD’s attempted moments of exploration, where they veer towards instances of unnecessary electronic sequencing and marginal clean-vocal usage, that they come across as confused and uncomfortable with the result being songs like “Smelling Salt” and “Lights” sounding interchangeable with far too many of their peers.

Maybe For The Fallen Dreams felt the need to include these presently popular elements in order to keep up with the Jones’, but they’re five albums in, have carved an identity for themselves over that time and trying to mimic the gold standard instead of following their own natural path creates more confusion than good—especially when it’s clear that letting their style breathe and progress organically works best.