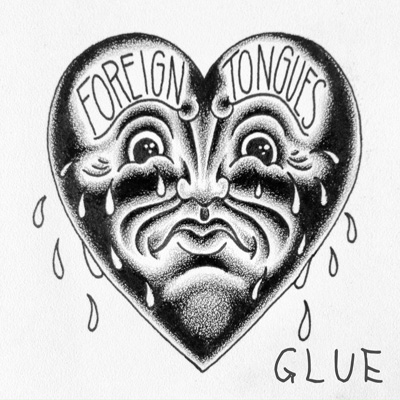 How exactly does a relatively new band from Boston/New Hampshire turn out sounding like they could have shared a stage with Nirvana or Dinosaur Jr. during the heyday of grunge and alt-rock? That’s the question that might have to remain unanswered when listening to Foreign Tongues' new EP, Glue [released on AP managing editor Scott Heisel's Youth Conspiracy Records —full-disclosure ed.] .

Recorded by Defeater guitarist Jay Maas, these five tunes sound like a time capsule opened up at a modern day all-ages emo hardcore show and the year that punk broke, 1991, spilled right out in a greasy-haired pile up onstage. “Salt” is your uncanny dose of Dino Jr.; “Winter Sun” is the same kind of off-kilter Portland grunge that was being explored by the likes of Pond, Hazel and Crackerbash; and “Mocking Bird” is the most modern sounding, just because it highlights a band willing to think outside their own boundaries, adding distorted bass, gang screaming and a City Of Ships-esque riff-rock climax to finish off the EP.

Oh, and then there’s “No Sex,” a flirty little tune that sounds like Kurt Cobain’s poppiest moment mixed with the airy alt-rock of the Lemonheads, featuring a chorus that would make the hardcore kids cowering in the corner run straight into that mosh pit full of flannel. Foreign Tongues are a fucking weird band, and that’s what makes them kind of amazing.