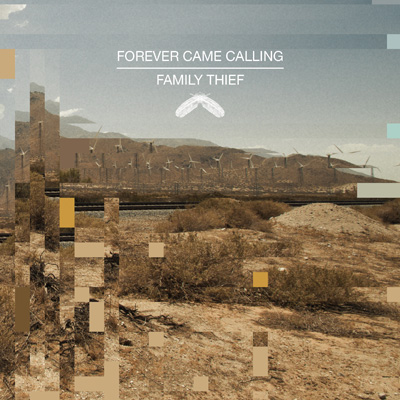 Interestingly, it was Forever Came Calling’s Joe Candelaria who convinced Malcolm Williams (aka Family Thief) to continue on with his music despite many failed attempts. Cue this acoustic split EP with two songs by FCC and two by Family Thief. The first FCC song, “Endangered Innocent,” is a playful number that highlights the band’s unrelentingly posi vibes. Then there’s their acoustic version of “Front Porch Sunrise,” previously featured on 2012’s stellar album, Contender, which is an ambitious interpretation highlighted by brave vocals and a friggin’ string section. By all accounts, the next Forever Came Calling album is going to be a masterpiece: this band just keep getting better and more adventurous. The two Family Thief tracks are understated in comparison. “Jack And Coke” features strummed melodies and pensive vocals that bring to mind the work of Pedro The Lion, but without the religious subject matter; and “Well Dressed Man,” is a peppy, up-tempo tune with sing-along background vocals that stick in your craw like a really killer pop-punk song.