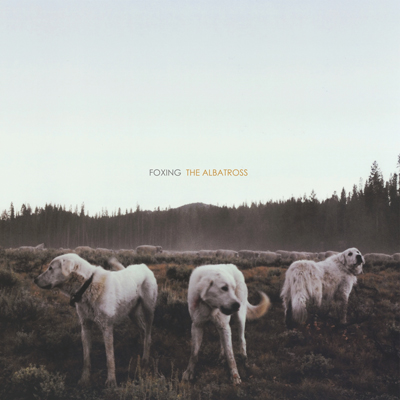 Foxing own an interesting dichotomy on The Albatross, this being a remixed and remastered version of their full-length debut originally released by Count Your Lucky Stars in 2013. Their themes are classicist emo, singing about ex-lovers and lovers that never were, through obtuse metaphor (“Bloodhound”) or otherwise (“I swear I'm a good man/So why don't you love me back?” goes the pleading hook of “Rory”). Their sound, however, is more emo revival, with strained vocals that go from an anxious yelp to a croon in a single line, and melodic, twinkly, sporadically finger-tapped guitars. Augmented by shades of post-rock and minor orchestral flourishes that make for an intimate chamber-rock feel, it makes for something like a ruminative version of peers the World Is A Beautiful Place & I Am No Longer Afraid To Die, only locked in a dark, fireplace-lit parlor and making the most of it.

Though the arrangements come off somewhat thin, the sonic overhaul polishes things to a pretty, trebly shine for the most part, and the band's ambitions show a ton of potential for future brilliance. The balladic, anguished “Rory” could almost be a bizarre outtake from the Sidekicks' last album, while “Bit By A Dead Bee Part II” starts off with a striking, thoroughly compelling minute of disarming atmosphere akin to This Will Destroy You, offering the most heartrending moment of the whole album. The latter's “Part I” counterpart has some interesting, mathy intricacy with the guitars, but there's not much of a logical transition to its gravelly, snarled bridge and outro. Still, by the time The Albatross has completed, the album's overcome most of its slight flaws and missteps and conveyed a relatively immersive experience that puts a fresh spin on a current trend of sorts.