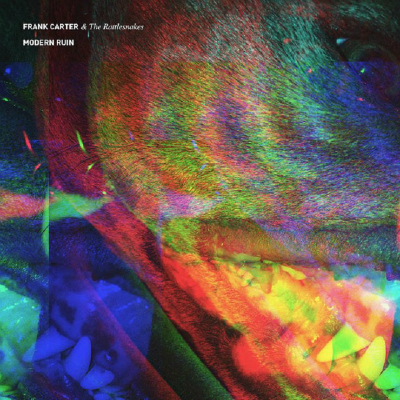 Frank Carter And The Rattlesnakes

FILE UNDER: End Of The World Blues

WHAT’S DIFFERENT: Veering between the bluesy rock ’n’ roll of “Snake Eyes” and “God Is My Friend,” the gritty suspense of “Wild Flowers” and the frenzied punk of the title track, Modern Ruin is the most fully formed record of Frank Carter’s career to date. The second album that the former Gallows/Pure Love mainman has made with this new band acknowledges his past while embracing his present, resulting in a compelling overview of Carter’s varied, layered songwriting skills.

WHY YOU SHOULD CARE: Carter has never been one to mince his words or his message, and this album is no different. While on the surface its 12 tracks might seem less visceral than some of his previous work, they’re actually an incredibly powerful, important and thought-provoking glimpse of both his life and mind—and the state of the world at large.