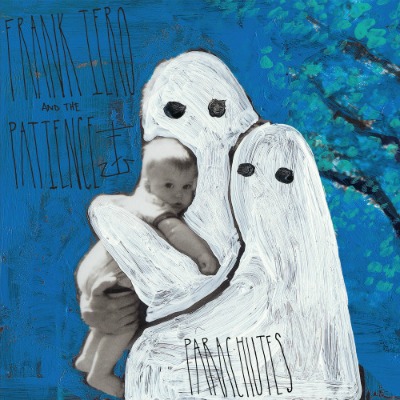 Frank Iero And The Patience

Frank Iero isn’t trying to be slippery with his decision to change the name of his solo venture from frnkiero and the cellabration to the more straightforward Frank Iero And The Patience. It is drawing a line in the sand between the two albums—2014’s Stomachaches and the recently released Parachutes—and a recalibration of his internal clockworks.

Stomachaches bore all the marks of being a self-produced, entirely self-aware project. As great as the album was, it felt at times like Iero was trying to prove his mettle as a solo artist, away from the My Chemical Romance fold. And it seemed like he was holding something back, either reserving his energy to better deal with the titular gastric ailments or just feeling tentative about the whole project.

No such concerns are evident on Parachutes. With a solid backing band behind him and two sets of very assured hands working the mixing board (veteran producers Ross Robinson and Steve Evetts), Iero sounds almost hysterical with joy and freedom. These burnt and frayed punk songs burst forth with purpose and power, bearing the pale scars of some deep psychic wounds.

Iero sounds frantic through much of the record, desperate to express himself but full of such fury and anguish that he can’t get the words out clearly. Without a lyric sheet, that makes singing along a bit of a challenge. Although it sometimes buries what might be a particularly strong point he wants to make, the slurring and screaming still carries a wallop. It’s the feeling of hearing a defeated man trying to get out one last statement before he collapses.

It also makes those moments of clarity when the words come into focus feel that much more startling. On the raging “Dear Percocet, I Don’t Think We Should See Each Other Anymore,” he screeches, “Oh, you let me go!” in an agonized plea to be free from the grips of an addiction to the painkiller, then sings an almost-love song to it: “I want to be more conscious/I want to live in the now/I want to be the taste on your lips/and the curse on your tongue.” Every blurred out line that Iero yowls after that comes across as small sparks of static electricity on your skin.

Parachutes doesn’t provide a soft landing. The final track, the staggering ballad “9-6-15,” is an ode to Iero’s grandfather, who passed away on that date. He gives every last ounce of himself to it as he pores over decades of memories and profound sorrow over the loss. Like the album as a whole, it is shattering and completely heartfelt. Iero has made a grand statement with Parachutes that should not be overlooked.