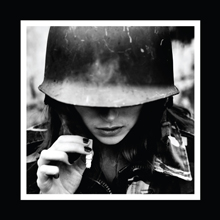 When you think about it, eight minutes isn’t a very long time. But if somebody were kicking you in the head, chest and crotch for that long, it would feel like a hateful eternity. Death Is Birth—the first new music from Gallows since vocalist Frank Carter’s abdication and subsequent replacement by former Alexisonfire guitarist Wade MacNeil—clocks in 20 seconds short of eight minutes, but it still feels like you’re being rained on with balled fists, two-by-fours and knifeblades for half an hour. New frontman Wade MacNeil viciously shears his throat lining in ways that Carter never did, and the band play with a viciousness that completely undercuts anything from their last release, 2009’s Grey Britain. Recorded by Bronx guitarist Joby J. Ford, the EP is steeped in impenetrable, relentless nihilism and thrashing madness that’s one part noise weapon (“True Colours”), one part circle-pit centrifuge (“Hate Hate Hate”) and two parts hateful hardcore (“Mondo Chaos” and the title track). If you missed the British (and now one-fifth Canadian) delegation throwing it down during the AP Tour Fall because you thought Carter’s departure was code for “game over,” it overwhelmingly sucks to be you. Fortunately, your rock salvation is as close as this EP.