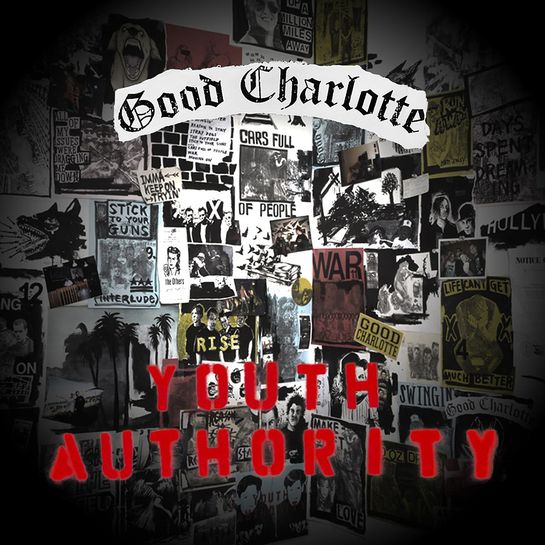 Good Charlotte’s past colors their present in a big way on Youth Authority. The sixth album from the Maryland-turned-Californian pop punks (their first since going on hiatus in 2011) is stuffed with moments that recall nearly every era of the band’s existence. The opening track “Life Changes”—complete with an arena-rock chorus that channels Bon Jovi ca. “It’s My Life”—has the same pogo-worthy energy of “The Anthem.” The bombastic “WAR” (easily the heaviest song the band have written) feels like something moodier from The Chronicles Of Life And Death, while the album-closing “Moving On” recalls the electro-dance dalliances of Good Morning Revival—wildly different sentiments but all delivered with the same conviction.

Veteran producer John Feldmann is behind the boards here, and while Youth Authority likely won’t catapult Good Charlotte to the same heights as Blink-182’s Feldmann-produced, chart-topping comeback, he’s helped the Maddens channel the emotional heft that’s always been at the core of their music. Those emotions range from middle-finger salvos aimed at critics (“Keep Swinging,” featuring Sleeping With Sirens frontman Kellin Quinn) to life-affirming balladry (the gorgeous Benji Madden-led “Life Can’t Get Much Better”) and the love-is-a-battlefield anthem “Makeshift Love.”Elsewhere, “40 Oz. Dream” is a sun-kissed survey of the scene, one that finds Joel Madden quipping, “Rappers were singing and rockers DJing/There’s no guitars on the songs that they’re playing.” It’s fluffy and playful, a quasi-update on Bowling For Soup’s cultural sea-change anthem “1985,” but easily the most skippable track here. What tracks do demand your attention are “The Outfield,” an autobiographical look at GC’s  rise to stardom and all the pitfalls that come along with it (featuring the group’s most literal lyrics since “Little Things”) and the emotionally wrought “Stray Dogs.” Similarly, “Reason To Stay” is a soaring ballad that might be the album’s best song if not for the decision to have Biffy Clyro’s Simon Neil handle vocal duties on the first verse rather than a different section. (Joel Madden’s voice is really the anchor of this band, and it takes a minute to reestablish equilibrium after Neil’s guest spot is over.)

It would  be easy to claim fatigue from the rash of pop-punk reunions that have sprouted up over the past few years. Some, like Fall Out Boy’s, focus on wholesale reinvention, while others are seemingly orchestrated to take advantage of a specific moment in time. In contrast, Good Charlotte’s feels unlike either. These guys have enough gold and platinum plaques to wallpaper their Hollywood homes, and enough money in the bank to never have to slog it out on a highly suspect 10-year anniversary tour. Don’t be mistaken: There’s a hearty dose of nostalgia here, but in the end, it feels less like a retread and more like a continuation—and a celebration—of the good old days.

Life Can’t Get Much Better