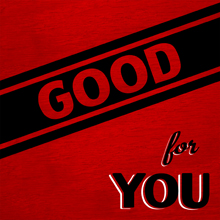 Life Is Too Short To Not Hold A Grudge

The return of Greg Ginn to the heated, heavy sound he helped foment as the leader of Black Flag is a welcome one, even if this new project does come on the heels of the announcement that he is recording a new Black Flag album with a group cobbled together from previous lineups. It all comes down to the sound of Ginn’s guitar, the monstrous blues and British heavy metal-inspired tones that used overdriven volume and distortion so well.

Those tones are all over Good For You, the new project Ginn has started with former pro skateboarder Mike Vallely. When the 58-year-old guitarist lays into a rhythm line, it feels meaty and nasty. But just as the sound of later Black Flag records were upended by Ginn’s interest in free jazz and psychedelia, so too does his recent work on an electronic-based solo project and the jam group Mojack creep into the mix. His soloing is jagged and thoughtless, with occasional flashes of a Sonny Sharrock-like denatured quality but missing the freewheeling oomph.

Another curious move is working with Vallely, who in both lyrical and vocal approach attempts a studious imitation of former Black Flag frontman Henry Rollins. What Vallely apparently forgot is what a lunkheaded lyricist Rollins often was. So, attempts to write anthems of defiance and empowerment on Life Is Too Short To Not Hold A Grudge read like a tossed off manifesto: “Through my blindfold I can still see/Though my hands are tied my spirit is free/I still got balls attached to me” (“Blaze of Glory”); “I sail the seas of regret” (“Stupid Me”); “Here I am, as free as the wind/I never bow down/you will never win” (“Free”).

It’s hard to begrudge someone pushing 60 that wants to try and regain some of the glory from his younger days. But he’s going to get that in spades once he tears into some vintage Black Flag tracks on festival stages this summer. Good For You just feels like overkill.