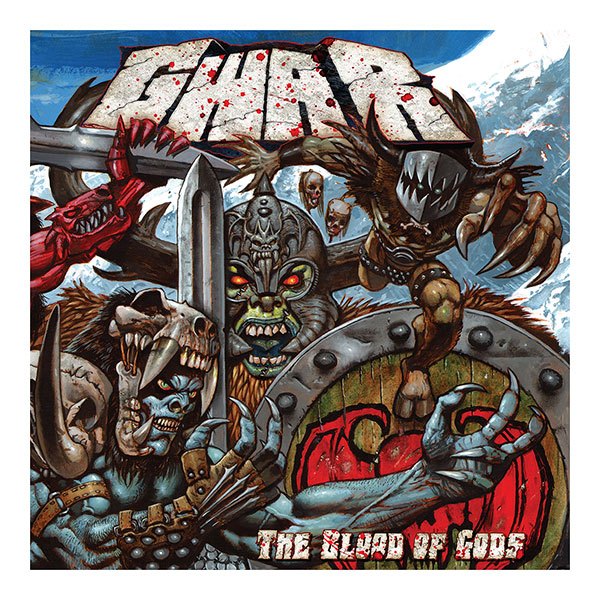 The Blood Of Gods

Rock ’n’ roll’s scumdogs strike hard and fast with their their latest effort, their first album without lead vocal tormentor Oderus Urungus. The Blood Of Gods strips away unnecessary studio wizardry and presents GWAR in its rawest sonic state, opting for a rough-and-tumble attitude.  Nearly every beat and riff on the record screams for listeners to pay attention, as heard on the scorchers “War On GWAR” and “Viking Death Machine.” And when they’re not doing so, lead vocalist Blothar the Berserker gladly picks up the slack with his gravelly, atonal bellowing.

With nearly 30 years under their belt, you’d think GWAR would lose steam and grow weary of taking shots at America’s sacred cows and leaving behind raw hamburger meat. On the contrary, GWAR’s response to a world gone mad is simple: reply with even more absurdity (as is the case in “El Presidente” and “Crushed by the Cross”). And given the state of the world and politics today, crazy may very well be what the sane need to survive. The Blood Of Gods provides this antidote and does so with GWAR’s signature comical aplomb.