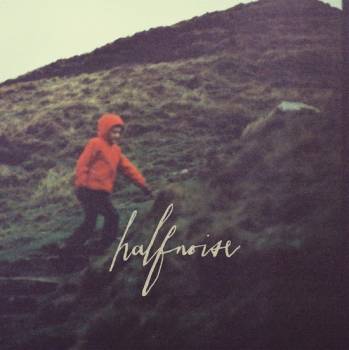 Zac Farro spent almost all of his teenage years invested in Paramore, the world-famous band he helped found in 2004. But after six years in the trenches dominating alternative rock, the drummer parted ways and then reportedly took a mere two-day break before finding himself involved in a new project with fellow musician Jason Clarke called Tunnel. That act would rechristen themselves HalfNoise by early 2011, with Clarke bowing out earlier this year and leaving HalfNoise as a solo endeavor for Farro.

Caught up? Good, because HalfNoise's long-gestating debut EP is worth the history lesson. Though Farro's offered some of these tracks as demos as far back as December 2010, this is the first proper collection of music he's released, and it's a super-promising start. Throughout the EP, he paints atmospheric indie-electronic backdrops and adds his indelibly patient, breathy vocals over it, which range from dusky lows to gripping highs. He's a masterful programmer, with glitchy, breathtaking textures that pair just the right amount of repetitive blips with briefly entrancing melodies.

Farro's name-checked a nice variety of influences for this project, but the most prevalent that come to mind are Thrice (particularly their Alchemy Index: Water EP), Radiohead, a less spazzy Mew and a bit of Sigur Rós—notably the chiming, kaleidoscopic “Free The House,” which could easily slide onto Með Suð Í Eyrum Við Spilum Endalaust or Jónsi's Go, save Farro's huskier delivery. The songs trudge by with a post-rock pacing, but tend to end before the four-minute mark, and Farro's relatively concise approach ends up feeling incredibly breezy in the process. HalfNoise probably isn't what Paramore lovers or haters may have expected from him, but Farro's defining leaving one wanting more all the same.